Use Of Trained Dogs In Security Services

Home / Blog / Use Of Trained Dogs In Security Services 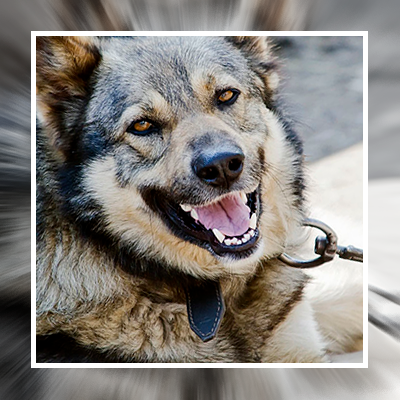 Besides the aspect of popular culture that has given us the image of dogs as man’s best friend, there are several characteristics that make the animal an appropriate one for help with security tasks.

Dogs are extremely loyal to their trainers and owners, and will often follow all reasonable orders, no matter what the cost.

Use Of The Sense Of Smell

In addition to being very faithful animals, they have a very keen sense of smell, which can detect suspicious activity from miles away, making them a great choice when police or search teams are looking for a fugitive or missing items.

Dogs used by the police or other law enforcement agencies are referred to as K9s, and are trained specifically to be used in crime prevention and investigation tasks.

This encompasses the detection of contraband substances and unsafe materials such as gunpowder and explosives, looking for missing persons, hunting down evidence at the scene of a crime, and ensuring the safety of the police team involved.

The process of training encompasses teaching the police dog various spoken and gestured commands, which are going to help it understand what needs to be looked for or hunted down.

The often seen variety being used by canine service in Iraq or during investigations is the German Shepherd, but there are several other breeds that are used as well, depending on the need for drive and dedication, and the sensitivity of smell.

Depending on the state in question, police dogs have the same status as their male counterparts, which means harming or killing them on purpose can be punishable by the law, often very strictly.

Most police and law enforcement dogs will specialize in one enforcement area or another, and usually this depends on what they have been specifically trained to smell and detect.

The first type is those that have been trained to search for dead bodies, whether they be fresh or decomposing. The animal’s sense of smell is usually accurate enough to pinpoint the location over several miles, or when it has been underground or underwater for a long time.

The other type is meant to be able to search for explosive items, especially as they are hidden or built into the overall item, such as within phones, suitcases, cars and vans, and other devices of personal use.

The detection of banned substances will also often take place at these junctures, which can easily be hidden owing their powdered form, making them very difficult to hide when dogs use smell.

In a missing persons case or when a disappearance has been reported, dogs trained for this purpose will often be made to smell items or clothing used by the person in question, which the animal will use as a reference point for similar odor.